See the effects of leprosy

An invitation from Sheldon Rankin CEO -The Leprosy Mission Australia

Together, we’ve made great strides in the fight against leprosy.

In the 1960s, 15 million people worldwide were living with the effects of leprosy. That number is 4 million today. I thank God for this great achievement.  Yet it is this 4 million we still need to reach. Although research has found a cure for leprosy, the costs involved in finding, diagnosing, treating, and rehabilitating people with leprosy are rising.

As you read this, a new case of leprosy is diagnosed every 2 minutes. Over a year, that amounts to 205,000 new cases.

In most places, leprosy has been officially eliminated as a public health problem (less than 1 new case per 10,000 people) but not actually eradicated. Attention has turned to other health priorities, so the number of new cases has been creeping up again – as is the case in Papua New Guinea.

So, despite the successes, the need is still real. That’s why I’m inviting you to partner with us by making a significant gift to the Eradicate Leprosy Foundation.


Here are a few facts about this Fund:

• it is managed by an Advisory Board

• over $1.1 million has already been distributed for leprosy-related projects

• it has grown to $1.6 million through additional donations and good financial management.


A gift to the Eradicate Leprosy Foundation has several advantages:

• Your gift may have tax advantages (speak to your accountant)


How you can contribute to the Eradicate Leprosy Foundation:

• Living Wills (making a bequest during your lifetime)

• Transfer of shares or property


You can read more about the Eradicate Leprosy Foundation in this booklet below or call The Leprosy Mission Australia office 1800 LEPROSY (1800 537 767) for your free copy.


I would welcome the opportunity to meet with you to discuss your partnership with The Leprosy Mission Australia. 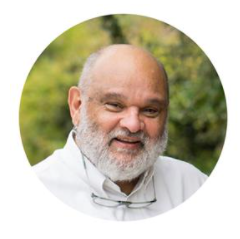